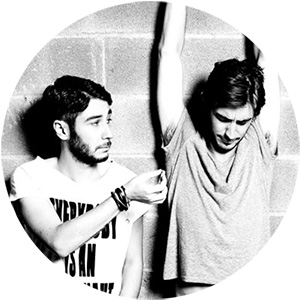 Deejay and producer duo from Tuscany, grew up in the middle of nowhere, reason why their personal approach and vision of music is without any compromise, genuine, raw, but sensual at the same time.
After releases and remixes on labels such as Tenax Recordings, Deependence, Tzinah, Herz Ist Trumpf, Sunplay, Escapisme Musique, and good feedbacks by artirts like Karotte, Matthias Tanzmann, Matt Star, Seth Troxler, David Alvarado, Dani Casarano, &Me, Patrick Zigon, Raresh, Luciano, Onur Özer e Ricardo Villalobos, etc… in 2012, aided by FTG, decided to give life to Dash N Groove Records project, a new label for the most passionate clubbers, ranging beyond the concept of dance music.
Thanks to a deep uptake in electronic dance music culture, during their dj sets they express a multilayer range of styles, from deep to funk, up to the new techy shapes of house, through old and new tunes, mixed with fancy.
A stream that represents themselves, and the two souls involved in the project, perfectly.