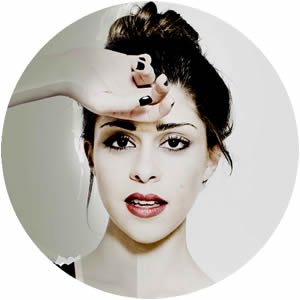 Silvie Loto developed a deep connection to electronic music from her early teenage years. At the age of 17, she reaches the shores of club music, through London, Spain and Germany where she discovered the essence of underground dance music and sharpened her skills before coming to the forefront of the scene. In 2008 she started to play at Tenax club in Florence and it was the starting point for her to play at the best clubs all over Italy, being on the same bill as many international djs.
She has been a resident of the legendary party Ultrabeat at Goa club in Rome and the well-know Nobody’s perfect party at Tenax club in Florence since 2010, where she proved to be capable of delivering the best sets from warm-up to peak time.
Summer 2012 she took part of Marco Carola’s widely acclaimed “Music On” party at Amnesia Ibiza, and carried on to Europe and the USA over the winter, playing alongside Marco Carola. Following this first edition’s success, she will be joining the “Music On” family again in Ibiza during summer 2013.
Her sets mix House and Techno influences and her broad knowledge of the electronic music allows her to deliver versatile and deeply emotional sets.