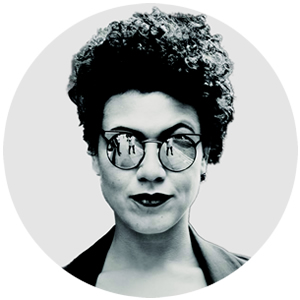 Cassy Britton has meticulously fashioned her craft over the last decade, approaching her productions and DJ sets with an attention to detail and passion that is hard to surpass. Her dedication to music, twinned with her gift for reading the crowd has meant that her profile has grown to worldwide recognition amongst fans and within the industry.

Cassy was first gripped by the power of sound in Vienna, a city famous for its musical culture and classical history, studying music and performance at a young age while surrounded by the ghosts of legendary composers left it mark on Cassy. From here she moved into other kinds of performance art, dabbling in theatre and acting, but she was soon drawn back into music, her one true passion.

The dance music scene was exploding around her and she wanted to get to the heart of it. Her first professional step was as a vocalist for Elin aka Autorepeat on ‘Music Takes Me Higher’ on Sabotage Records. From here DJ/Producer Electric Indigo mentored Cassy through the transition from a vocalist to a DJ. After debut gigs in Vienna and Munich she met Dave the Hustler where they started working on a collaboration for Mental Groove. During this time she also met Luciano, co-producing ‘La Ondita’ on his album ‘Blind Behaviour’.

She moved to Berlin in 2003 to hone her skills on the club circuit, soon after this relocation Cassy secured a residency at Panorama Bar in Berghain cementing her name in the DJ annals. Her production credits include collaborations with Steve Bug, Ricardo Villalobos, Luciano, DJ Elin, Dave The Hustler, Mathew Jonson and Swayzak. She has a diverse body of work on highly-regarded labels such as Playhouse, Perlon, Ostgut Ton and Cocoon. She also runs her own self-titled label, using it for an outlet for her unique sound. Cassy does not subscribe to any one genre, she glides between house and techno, with a hint Viennese traditionalism she continues to use vinyl, but with a contemporary, superstylish and swaggery sound she creates soul and balance in her DJ sets, moulding and shaping her performance to the audience, taking them on an adventure weather an intimate secret gig or a huge festival arena. Cassy continues her residency at Panorama Bar, and is also resident at Rex in Paris and Trouw in Amsterdam and will be touring widely in 2013.