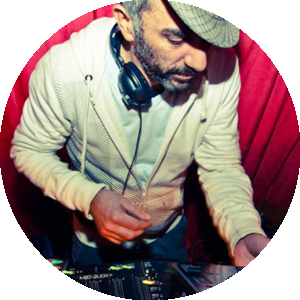 Stefano Ricci (Aka Dj Stex ) is one of the Break Electro Funk, Nujazz’s ,Chill italian makers, a forefront when all began with Teo Ederle and his crew during 1988, known as the youngest NRG Posse. He’s the figure behind Dasya. (He’s him behind Dasya)… He arguably produced more chill music tracks than other breaker’s DNB and launched into a worldwide many musical genres. Stex carved himself a great career, laying his roots firmly within the realm of Nujazz scene.
Composer, sound engineering, manager producer. Started working in 1989 organizing tours and productions, collaborating with agencies and different radios. He worked with many italian and foreigner musicians.
Over 100.000 records sells in 2 last year.
He’s currently in Italy where improves his work in Breakbeat / D’n’B and Jungle mixed with Jazz 30′s & 40′s / NuJazz / Lounge / Funk /Ambient / Soundtracks / World etc etc. He also does electro but looks to move more permanently into the Breakbeat / DnB &Jungle and dj chillout direction. IN 2001 Stex opened the independent label and distributions Young NRG Productions.
He playsful keyboard, congas, piano, synth, drum work jazzy comfortably over the beats and grooves, He works in studio with Protools and Logic. He created by himself many productions and alias artists.